A present for Jets fans

This video is a perfect blend of die hard fans and a team's incompetence.

Jets Draft History
Posted by Alan at 6:07 AM 4 comments:

On paper it makes sense...

But no one will care when Vinatieri's replacement misses a game winning field goal.

In Bill Belichick New Englanders trust, but this became tougher to do for some Patriot fans with Adam Vinatieri leaving. Many fans argued it was worth paying Vinatieri a little too much. The reasoning was that kickers don't make much to begin with, and having the comfort of knowing your kicker will make clutch kicks is worth the extra money.

Vinatieri is the best kicker the Patriots have ever had and arguably the best kicker they will ever have. He's also the best clutch kicker in the history of football, and it will be a long time before any team, let alone the Patriots, see another kicker like him again. And the Colts have a better kicker now that they replaced Vandershank with Vinatieri. When it comes time for Vinatieri to head to the Hall of Fame, we’ll write the application to get him in. So, yes, we agree: Having a trusted name at kicker helps.

And, barring some sort of miracle, New England’s kicker this season will not be as good as the one they just lost. But … the Patriots could be a better team. We’re not saying they will be a better team. Just that they could. This is certainly what New England’s management is banking on.
New England’s management strategy represents a new paradigm in football management – the Salary Cap Paradigm (SCP). Most people realize New England is looking for value in personnel. In other words, they’re not going to dish out top dollar for, say, a wide receiver who makes twice as much as another receiver but only provides 25 percent more production. That’s poor value. People understand value. But the SCP means that New England looks at BOTH sides of every personnel equation. Fans and most other management groups do not. They just look at the Big Name player in question. They figure if they pick up Big Name, they’ll be a better team, and if they lose Big Name, they will not be as good. It seems logical.
But the SCP means that these seemingly logical conclusions are simply not valid. This is where New England is rewriting the football management book in the salary cap era.
Instead of paying $2.5 million per season for Vinatieri – the minimum, apparently, it would have taken to keep him in New England – maybe the Patriots can get a kicker for $1 million to $1.5 million. For $1.25 million, they can get a solid NFL kicker who, perhaps, delivers 90 percent of the production that Vinatieri does – for half the money. So right away, they’re getting better value.
But here’s where they Salary Cap Paradigm moves beyond value: For the $1.25 million they saved on a kicker, New England figures it can pick up, for example, a stud situational player who they otherwise could not have afforded. Perhaps this situational player comes up with a big sack, a long kick return, or a drive-killing INT at a key moment in a big game. Perhaps he bulks up the offensive line and fills in ably when a starter goes down. Maybe this play or this player eliminates the need for a major clutch kicker to come through at the end of the game. Maybe, because of this play, they win the Super Bowl by 10 points rather than by 3. This play from the situational player will never generate the same publicity as a last-second field goal, but it will certainly be no less important. The student of the SCP understands that a game-changing play in the middle of a contest by a backup linebacker is just as important as a last-second, game-winning kick – even if the play goes unnoticed by history.
Maybe the Patriots are a better team because they find value at kicker and pick up an otherwise unaffordable player who bolsters them in a position where they had been weak in the past.
Maybe it will work. Or maybe it blows up in their face. We will see. In either case, you can’t just look at what the team lost. You have to look at what they can pick up in return. That is the Salary Cap Paradigm.

Who would win in the wild? 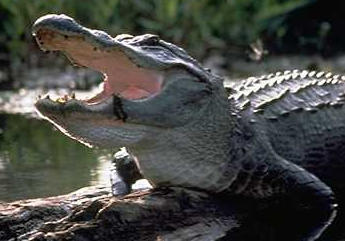 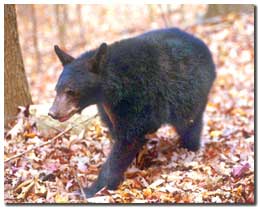 The Gator seems quicker, but the Bruin has a size advantage and is more physical. I think the Bruins will win.
Posted by Alan at 5:07 PM No comments:

Based on today's games, things are looking pretty good for the Red Sox. Here's some projections based on this season's stats (I told you Moneyball would influence me).

Now Red Sox fans shouldn't the only happy ones. Kevin Millar will make Ted Williams roll in his frozen chamber as joins Varitek with a season batting average of .500. The Mets will be happy with their free agent pick up, Billy Wagner who gets 162 Saves, tying him with fellow record breakers Fernando Rodney, Chris Ray, and Derrick Turnbow. 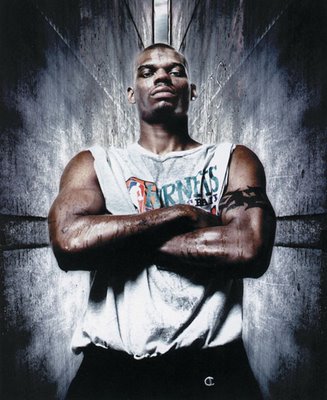 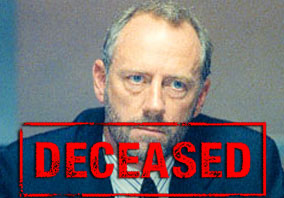 Answer to Guess the Athlete!

It's Sadaharu Oh, manager of the Japanese team who won the WBC. I guess he used to be able to hit for power too, hitting 868 home runs. Wonder if he used flax seed oil.
Posted by Alan at 6:54 AM 3 comments:

George Mitchell, who was hired to do an "independent" investigation of steroid use in baseball seems like a decent, hardworking guy. One problem though: he's a partial owner of the Red Sox. Even if Mitchell has great integrity, any of his findings will be clouded with suspicion. Already I've heard brain-dead-radio-personality-Yankee-fan, JT the Brick, ask why David Ortiz isn't being scrutinized as much as Gary Sheffield and Jason Giambi.

Another problem: George Mitchell is a chairman at Disney, who happens to own ESPN, who happened to give baseball a lot of money to broadcast games. There might be a little pressure for Mitchell to avoid giving baseball a black eye.

So I guess MLB doesn't understand the problems of conflict of interest. Who knows what they'll do next? Hire a team owner to be commissioner of the MLB? Now I'm just getting carried away.
Posted by Alan at 6:38 AM 2 comments:

Anna and Kris Benson are getting divorced. This is usually a good excuse for me to post a picture of a woman, but I haven't been able to post pictures lately.

Two things you can count on spring

I'll be miserable with allergies, and Kerry Wood and Mark Prior will hit the DL.
Posted by Alan at 7:06 PM 1 comment:

They do play in March

MLB has hired former Senator George Mitchell to investigate past steroid use by major league players. The focus right now is on Barry Bonds, but there must be several other players around baseball that are pretty nervous tonight. Mitchell may find that there are several Greg Anderson and Victor Contes out there helping players.
Posted by Alan at 6:43 PM No comments: